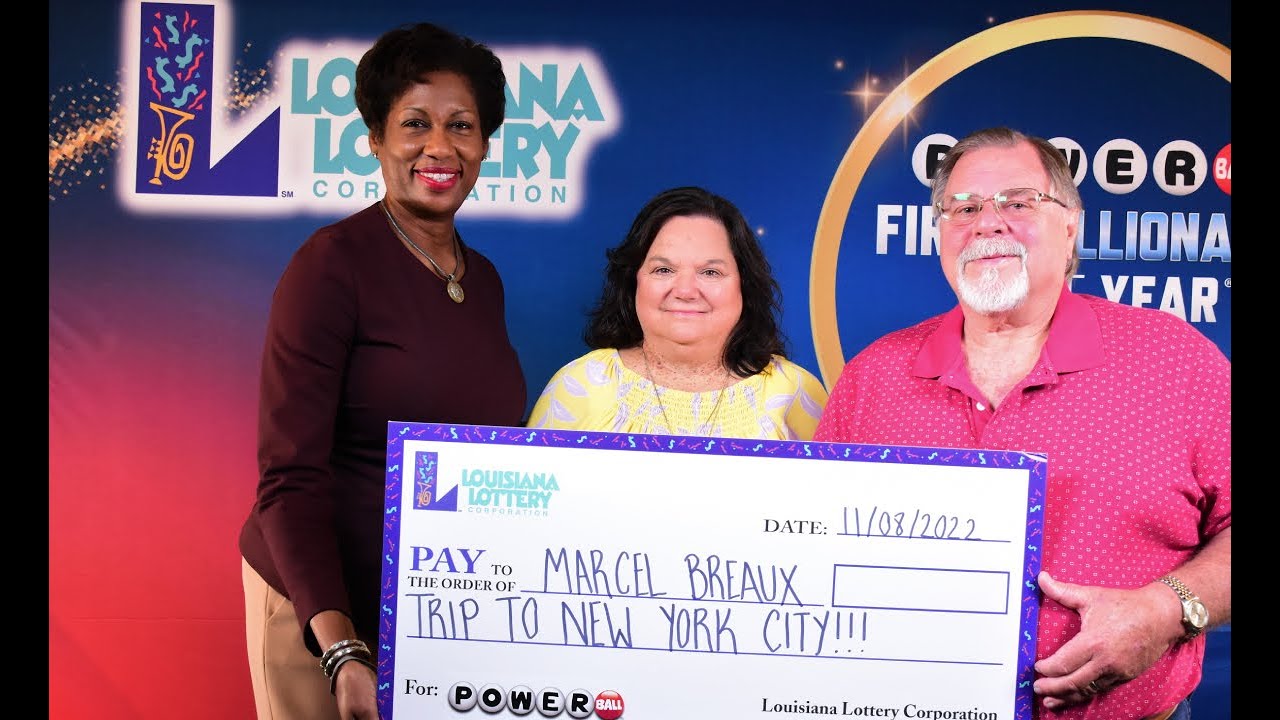 Published on Dec 19, 2022
ShareTweetEmailShare
In July, the Louisiana Lottery gave players the chance to be a “Powerball First Millionaire of the Year” when it joined other lotteries across the nation in participating in a promotional partnership between the multistate game and dick clark productions, which produces the live broadcast “Dick Clark's New Year's Rockin’ Eve with Ryan Seacrest 2023” on ABC. Marcel Breaux of New Iberia was randomly selected as the Louisiana finalist. He will appear alongside 28 other state finalists on the show for the chance to win $1 million in a special drawing just after midnight on New Year’s Eve. “Last year we could only participate virtually, due to COVID, so being able to send a Louisiana finalist to participate in person is a really big deal! I don’t think any state is as excited as Louisiana to send Marcel Breaux and his wife, Kim, to New York City!” exclaimed Lottery President and CEO Rose Hudson. As a finalist, in addition to the chance to win $1 million, Breaux will also receive a VIP Trip Prize experience that includes round-trip airfare for two to New York City, three nights hotel accommodations at a Times Square hotel, all meals and event ground transportation during the trip with a welcome dinner and an exclusive entertainment experience in the city, PLUS a premium gift package and $1,000 spending money. Breaux, who is no stranger to playing Powerball, heard about the promotion via social media and decided to send in his tickets periodically throughout a two-week period. If he wins the $1 million prize, he hopes to enhance his and his wife’s retirement experience. Breaux explained that while he and his wife were excited about the trip to New York, he truly only had one thing in mind – bringing home the million-dollar prize. “There’s a million things to see, a million things to do, but I’m there for one reason... to win!” said Breaux, “We’re just happy to represent the state of Louisiana and we’re ready for the process to start.” Participating lotteries held contests or drawings to select a designated number of semifinalists. The Louisiana Lottery held a promotion encouraging fans to mail in their nonwinning 5-board Louisiana Lottery Powerball ticket good for a single drawing from July 11 to Sept. 10, 2022, to the Louisiana Lottery semifinalist drawing. Twenty-three semifinalists were randomly selected from a total of 12,000 entries.  Each semifinalist received a Powerball New Year's Eve Prize Package and was entered into the finalist drawing held Oct. 21, live on Facebook. Breaux’s name was selected and he will represent the state of Louisiana alongside 28 other finalists from participating U.S. lotteries on New Year’s Eve. More information on the Lottery’s promotion and list of semifinalists can be found on its website at www.louisianalottery.com/first-millionaire. More information on the national “Powerball First Millionaire of the Year” promotion can be found at www.powerballrockineve.com.  Lottery ticket purchasers must be at least 21 years of age. The Lottery encourages responsible play and urges anyone or friends of anyone with a gambling problem to call toll free 1-877-770-7867 for help.